Bat removal cost is generally and agreeably both a tedious and dangerous activity, especially for a rookie who should want to use a do it yourself approach. There are many dangers of this practice which we will highlight in this article and as well, you could read bat extermination from the attic. Some of the risks involved from an expert’s... 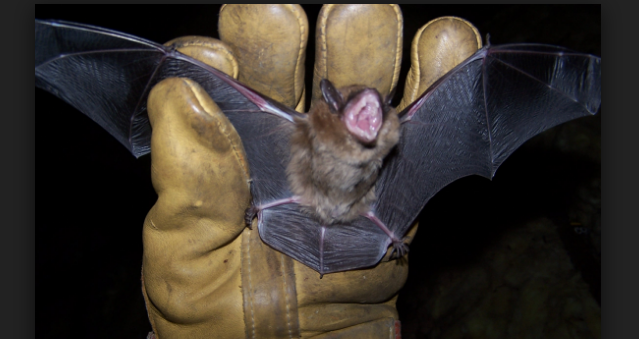 Bat removal cost is generally and agreeably both a tedious and dangerous activity, especially for a rookie who should want to use a do it yourself approach. There are many dangers of this practice which we will highlight in this article and as well, you could read bat extermination from the attic. Some of the risks involved from an expert’s position make it not worth doing it yourself.

However, there comes in the question of bat removal cost which comes up a lot, especially because of how much bat prevention inquiries have risen. This is mostly because of disruption of bat habitats in the world and as well, bat population increases, coupled with bats rendering their own habitats uninhabitable due to overpopulation and hygiene complications, mostly from the buildup of guano. There is also the issue of escaping predators.

Naturally, human habitats have been the next best alternative habitat for bats and thus, human-wildlife conflict. Bat exclusion can be a pricey affair, but it is with a cause. When you have an impromptu problem to deal with, like bats, it can be extremely frustrating to have this additional costs hovering over you which, for the life of you, would rather not have. It is therefore essential that you must come to understand some of the reasons behind the pricing of these services, the variations in price and the reasons it is imperative that a professional be the one who does it.

Why Is Bat Removal Relatively Pricey?

It is not easy to find people who are willing to take the risk of climbing high buildings in search of bats and as well endure having to take rabies booster shots. Bat controls specialists must as well have great attention to detail, especially considering we don’t want bat removal to be a recurring problem. These kind of personnel are not easy to find and thus when available, must be well compensated for the trouble. Bat exclusion is largely a seasonal affair so most of the experts don’t have guaranteed jobs throughout the year so they must have enough to keep them in the profession for the next time we need them.

What Are Some Bat Removal Services I Can Get?

There are tons of bat control services that you can get. The secret is in finding a qualified company for the task.  Bat removal from the attic is quite common an here, the bat removal cost depends largely on aspects such as the number of bats, species, and damage our technicians have to repair after getting rid of the bats. Knowing the species of bats is critical because some species are known to carry some deadly viruses and rookies don’t know how to identify these but our technicians do. Additionally, the process of bat exclusion in the attic needs experienced personnel thus the cost may be even higher up. If it is just one or a few bats in the attic, the price is lower also depending on the damage we must repair.

Can I Remove Bats By Myself?

There are many dangers to trying to do bat removal and while there are many DIY experts who could tell you how to do it and even perhaps make it seem to be relatively easy, it is quite simply, dangerous and may be a futile exercise for rookies. What are these dangers in particular? It is dangerous because bats harbor quite a number of viruses that they can pass on to humans who try to violate them or bother them, such as rabbis. This is a virus that causes brain inflammation and if not well treated, can lead to death. This means coming into contact without the proper vaccinations puts homeowners at quite a serious amount of danger.

Cost of Bat Removal in The Chimney

Funny creatures, Bats. They don’t want you getting your Christmas gifts. Bat exclusion is also done from chimneys and obviously, this is no easy job to do. One must be able to prevent them from entering the main house and causing further problems. If one should want to use a do it yourself method, one must be very careful and aware of the dangers that involve bat removal from the attic. Some of the risks involved in an expert’s position are not worth doing it yourself.

Cleaning up bat guano, which is basically bat feces is also a fairly tricky activity due to the health risks involved since inhaling bat guano can lead to complicated lung issues. This service has an average pricing but remains affordable and quite necessary since we don’t want you, kids or guests catching diseases in the house. Furthermore, guano on its own presents a potential health risk because it is a carrier of the bacterium Histoplasma Capsulatam. If inhaled, the spores of the fungus can cause a disease known as histoplasmosis. It is a disease that affects the lungs and if left untreated, can progressively be a fatal ailment.

Bat Removal in the House

There are cases a bat or bats may enter your home and they simply aren’t easy to take care of. So you call Nuisance Wildlife control. This is our less costly services that does, however, need special care to avoid getting bit by a bat and as well avoiding a situation where one kills the bats.

After the exclusion process is complete, our technicians need to properly seal up and repair any damage done to your building material. This is important to prevent the bats from returning as they do since they always return to their nests.

Now we know all about what to expect in terms of bat removal cost. The cost is not as high as it could be assuming e.g. that you badly hurt yourself doing it and add on cost that you need even less. Hire Nuisance Wildlife Rangers for your bat removal and we can guarantee that you won’t have to worry about bats anymore after we are done doing the dirty, so you don’t have to.