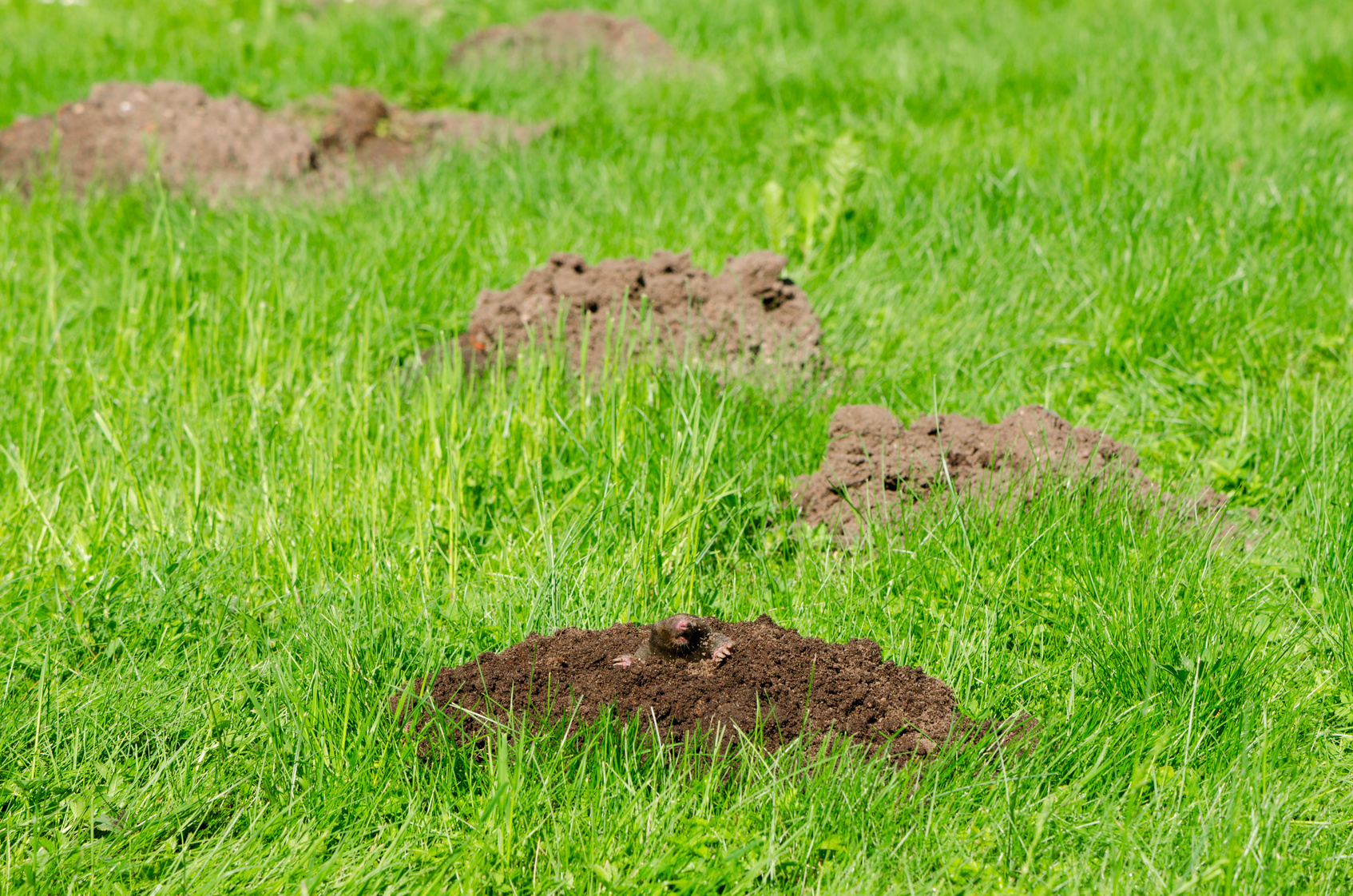 Is your impeccable lawn riddled with mounds and holes and the culprit is nowhere in sight? You have a mole problem. Moles are tenacious little burrowing creatures who leave mounds, or ‘molehills’ and unsightly grassless streaks all across a well-manicured lawn. You won’t want to leave these creatures alone and just hope they go away. It’s time to act now...

LOOKING AT THE MOLE REMOVAL PROCESS IN CORAL SPRINGS

Is your impeccable lawn riddled with mounds and holes and the culprit is nowhere in sight?

You have a mole problem.

Moles are tenacious little burrowing creatures who leave mounds, or ‘molehills’ and unsightly grassless streaks all across a well-manicured lawn. You won’t want to leave these creatures alone and just hope they go away.

It’s time to act now and proactively take your lawn back from these invaders.

Mole removal isn’t a walk in the park, but it is a necessary evil.

Moles are burrowing insecticides that build intricate labyrinths of tunnels below ground. They are part of the fossorial family, meaning they dig and live under the surface of the earth.

These tunnels consist of permanent housing tunnels about 12-18 inches below the surface and feeding tunnels that are closer to the surface.

These surface feeding tunnels are the visible mounds that are destroying your property.

Moles are generally 6-8 inches long. They can be brown, gray, or black and they have long hairless noses. They use these long snouts to sniff out grubs, earthworms, and other insects.

Most people think that moles are blind, but they’re not! They just have very small eyes because they spend a majority of their lives underground.

Moles use their hoe-like front claws to dig and tunnel quickly through the ground.

They aren’t harmful to humans, but they are not harmless when it comes to your lawn.

Most of the moles found in Florida are Eastern mole which is the most common moles and is the most damaging to lawns.

There are several different methods of mole removal. The options include baiting, trapping, gassing, repellents and cutting off their food supply with insecticide.

Trapping is often viewed as the most common and effective method of mole removal. Aggressive trapping methods executed by professionals should take care of your mole removal needs.

Trying to use repellents or more “gentle” forms of mole removal simply aren’t as effective. The only way to ensure a mole free yard to trap and kill them.

The warm climate of Florida makes it a breeding ground for nasty pests to move in a stake a claim all year round. After the moles are professionally removed, you’ll need assistance in repairing the damage done.

Mole removal is easiest in the Fall and the Spring, but the warm climate of Florida does make it easier to catch moles all year round.

In cold and dry climates moles will retreat deep into the earth to have their babies, but in Florida, the high heats and humidities make the mole breeding season less predictable.

Identifying where to place your traps is a tricky business that is best left to professionals. Placing the traps in the right spot is the most important part of mole removal.

Not only can mole traps be slightly dangerous to set up, you wouldn’t want to go through all of that work only to set a trap on an abandoned tunnel.

Once the active tunnel has been identified, and the trap has been set by a professional it’s mostly a waiting game. Not even the pros catch a mole every time!

Moles have very strong sense of smell. Any whiff of human in a tunnel and they will hightail it out of there.

Professionals know how to set a trap without leaving any scent behind to frighten off the mole. Mole trapping isn’t a simple overnight process like flea bombing is.

Moles are smarter than they seem. If an active tunnel is identified and the trap is set correctly you are going to trap a mole.

But there’s no telling how many moles you have!

If you were trying to trap on your own, you would probably catch a mole every 3-5 times. That’s a slow process!

Consider the size of your property and know that professionals will get the job done faster and safer than you could.

There are several different types and designs of mole trap.

All of these different mole traps will effectively kill the mole, but they aren’t all safe for the general public to use.

While the mole trapping process is underway, you might want to keep young children and curious dogs away from the mole tunnels.

Some people wonder why moles can’t simply be caught or poisoned.

Moles are sneaky little creatures and catch and release simply isn’t a viable option. Because they live completely underground it’s too difficult to harmlessly capture them.

You could try to poison moles, but it would be at your own risk. Releasing poison into your yard will damage your lawn. Not to mention you, your children and your pets will be at risk!

Mole trapping might seem brutal to some people, but it’s necessary. Mole removal is tricky and it takes time.

If left untreated, mole infestations can become so extensive that dangerous sinkholes can form in your yard! No one wants to risk all of the mess that a sinkhole could potentially cause.

If these invasive creatures are wrecking your property, it’s time to call in the professionals and start the process of mole removal.