Call Us or Fill the Form Below

WE ARE HOG CONTROL EXPERTS

Best company out there. Other person did one star because he got fired due to his lack of part. This company is quick to respond and know there job very very well.

Outstanding professional service. You call and someone answers immediately and is at your front door the same day.

I recently had purchased a foreclosed home that unknown to me until I moved in was filled with rats!

These fast moving animals have been known to attack household pets, livestock, and small children when they feel threatened. The Hog will use its tusks to pierce the predator in an attempt to frighten them and deter them from attacking the hog. These mammals are also known to create massive amounts of damage to people’s yards during their search for food. Their diet consists of acorns, roots, fruit, small animals, insects, and bird eggs.

Hog trapping is the most common way to remove Hogs from your property but can be tricky during certain times of the year. Feral Hogs are active in the day during the winter and nocturnal in the summer. It is always recommended that you consult with your local professional wildlife removal company, such as Nuisance Wildlife Rangers to handle Hog Removal as well as any other Wildlife problems you may have. 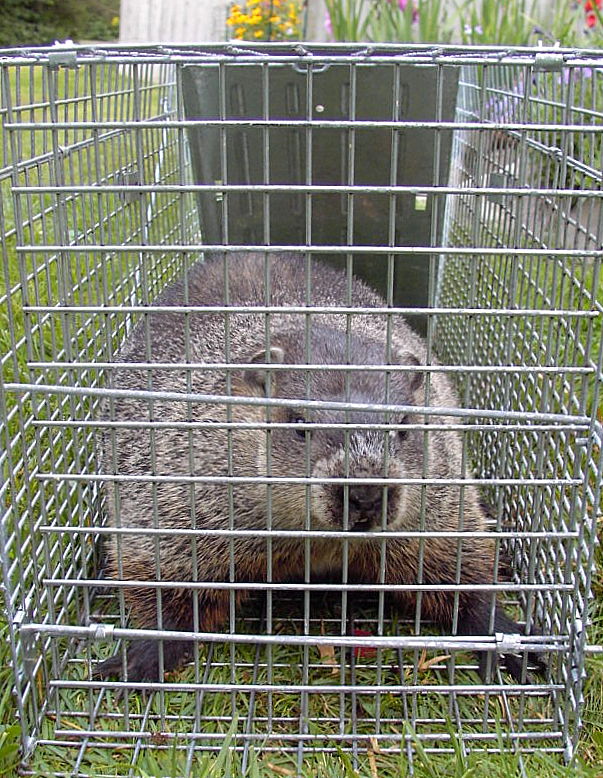 HOW TO GET GROUNDHOGS OUT FROM UNDER THE PORCH

Groundhogs – also called woodchucks – belong to the family of large ground squirrels known as marmots. They are primarily lowland creatures, and so found throughout much of the eastern United States.

Although they build and reside in extensive borrows (of up to 66 feet long), they have learned that building these tunnels under the porch, shed, or deck provides an additional layer of security against external threats.

But having groundhogs under the porch or house comes with several problems. First off, they can dig burrows that are up to 1.5 feet deep. A groundhog living under the porch for a long time can dig as much as 700 pounds of dirt!

That’s why it’s important to get groundhogs out from under the porch, deck, and house as quickly as possible. Nuisance Wildlife Rangers offers professional groundhog removal. And in this post, we explore how to get rid of these nuisance critters.

Trapping is an effective way of getting rid of groundhogs. To trap a groundhog, you need a live trap and cantaloupe as bait. Set the trap close to the entrance of the main tunnel. Then divide the cantaloupe into smaller chunks and place it at the front of the trap and inside the trap. This helps to lure the animal into the trap.

Check the trap every day, so you know when it has caught the animal. Once that happens, relocate the animal to at least 5 miles from the site of capture.

Note that the trapping and relocation of a groundhog are subject to local wildlife laws. That’s why you need to confirm with your local wildlife authority before proceeding. Another option is to get a licensed professional like Nuisance Wildlife Rangers to handle the process.

As mentioned before, trapping is effective – but only in the short term. Why? Because another wildlife can quickly replace the relocated groundhog, especially if there’s still access to your porch.

Exclusion is much more effective because it makes underneath your porch inaccessible to these nasty critters. Here’s how it works:

Install a wire mesh fence around the perimeter of your porch. Ensure that it goes at least 18 inches into the ground. Also, form a U-curve protruding outwards at the bottom of the fence. With this in place, no groundhog will be able to dig underneath the fence into your porch.

But if you had a groundhog before installing your fence, make sure you leave a small space and install an exclusion device there. Once the groundhog leaves through the exclusion device, it is unable to get back in. Only then can you remove the device and seal the hole permanently.

Should I poison a groundhog?

There are several poisons in the market that claim to be effective for killing groundhogs. While this may be true, note that the use of poison is cruel, inhumane, and risky. Poisons cause unbearable pain for animals. What’s more, it can be consumed by unintended wildlife. For these reasons, the use of poison isn’t recommended.

At Nuisance Wildlife Rangers, we pride ourselves on humane groundhog removal. Trust us today to bring an end to your groundhog infestation problem.

Established in 2013, Nuisance Wildlife Rangers, LLC is one of the largest privately owned Wildlife & Animal Removal Companies in the state of Florida. We protect homes and businesses from dangerous and destructive wildlife throughout Florida.

Have a Hog that You Want Gone?