Nuisance Wildlife Rangers provides Mole Removal and Mole Control throughout Central Florida including Tampa, Ft. Myers, Ft. Lauderdale, Miami, West Palm Beach, Port St. Lucie and the surrounding areas. Mole Control is a service that is usually not effective when handled by typical pest control companies. The removal of Moles must be done aggressively to get rid of Moles and prevent them from returning. We specialize in Mole Removal, Mole Trapping, and complete Mole Control solutions.

Call Us or Fill the Form Below

WE ARE MOLE CONTROL EXPERTS

Best company out there. Other person did one star because he got fired due to his lack of part. This company is quick to respond and know there job very very well.

Outstanding professional service. You call and someone answers immediately and is at your front door the same day.

I recently had purchased a foreclosed home that unknown to me until I moved in was filled with rats!

Moles are very destructive to lawns and can damage a yard in a very short time. These pests dig very extensive tunnels to help them find food without coming in contact with predators. Their diets consist of beetles, earthworms, grubs, and other types of yard born insects.

Moles can be very difficult to remove and should be handled by a professional wildlife removal company, such as Nuisance Wildlife Rangers. Like many other types of nuisance wildlife, the best way to remove a Mole is through a very aggressive and extensive trapping program. After the Mole is removed from your property, the next step is to treat the lawn to get rid of any insects that might bring other Moles onto your property.

There are many types of chemicals available on the market designed to treat Mole problems, but very few actually work to completely remove Moles. Mole trapping is the only way to effectively remove Moles from your property. Nuisance Wildlife Rangers are specially equipped and expertly trained to handle Mole Removal as well as well as many other types of Wildlife Removal. 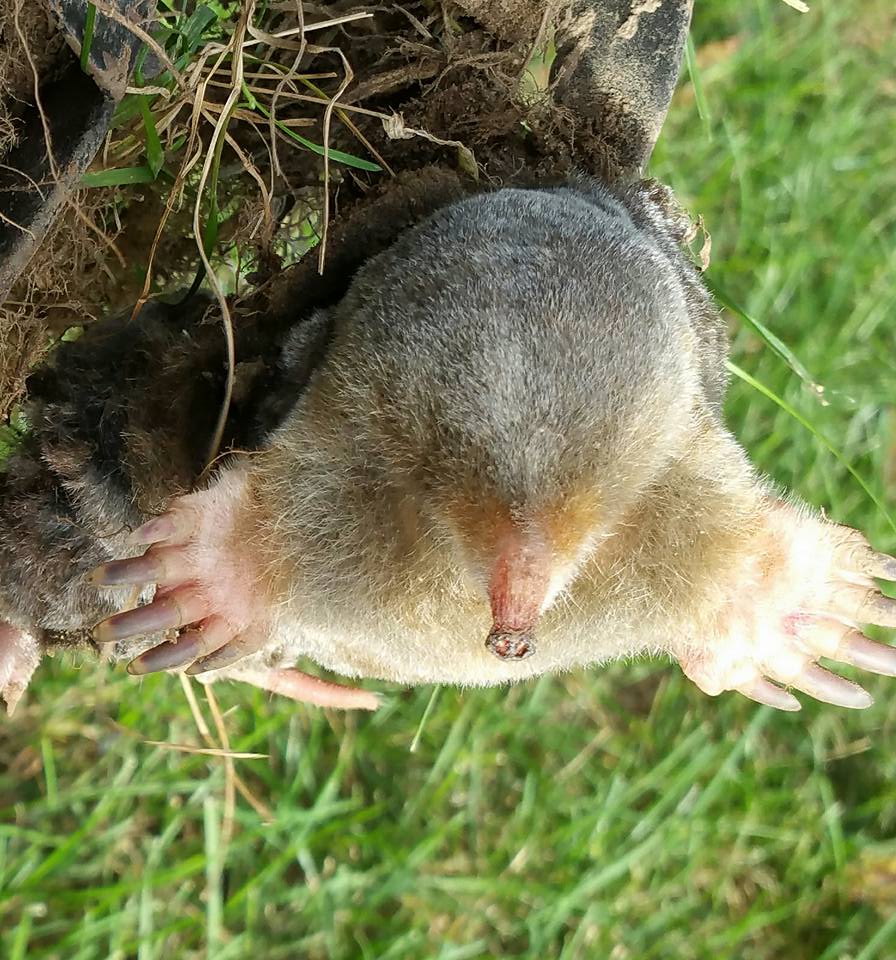 HOW TO GET MOLES OUT OF THE GARDEN

For avid gardeners, the presence of moles in the garden is bad news. Funny enough, moles neither eat plants nor fruits. Instead, their diet consists of earthworms, beetles, white grubs, and larvae. Hence, in gardens, they dig up tunnels to bring out worms and grubs. Unfortunately, their burrowing actions affect the root system of garden crops, leading to their demise. Visit aaanimalcontrol.com to learn more about how to remove moles.

But that’s not all. As excellent burrowers, their actions also disfigure the landscape of the garden, lawn, and entire yard. How? As they dig, they move out the dirt to the end of the tunnels to form molehills. These molehills are scattered around the yard, usually about 6 feet apart from one another.

Nuisance Wildlife Rangers is a professional wildlife company that offers a wide variety of wildlife removal – including mole control. If you’re struggling with a mole infestation, read on to learn some of the most effective strategies we’ve implemented for clients like you.

As noted earlier, moles love to eat worms, grubs, beetles, and larvae. Hence, the presence of these animals attracts moles. Now, here comes the dilemma. Some of these insects and worms are also important for the health of your garden. For instance, worms and grubs help loosen the soil, improving aeration and water flow.

So, what can you do? One good strategy is to introduce alternate beneficial species that feed on grubs but are not as tasty to moles. Nematodes are a perfect example. Note that this strategy is slow.

If you desire faster results, applying an insecticide is the way to go. But note that this may impact the overall health of your garden.

Moles have very poor eyesight. But what they lack in eyesight, they compensate for it with an extremely developed sense of smell. Hence, moles find it hard to adapt to areas with a discomforting smell. That’s why repellents sometimes work.

An effective natural repellent can be made by mixing three parts of castor oil with one part of dish soap. Use the resulting mixture to soak the tunnels and entrances of the mole. Because moles dislike this smell, they are forced to leave.

Note that repellents have to be continuously reapplied to sustain their efficacy.

Moles mostly move around through their tunnels. If you can make it impossible for them to dig into your garden, you can keep them out. Here’s how to do that.

Dig a trench around two feet deep and six inches wide around your garden. Then fill the trench with rocks or gravel, or you can line with it hardware cloth or wire mesh. As the mole approaches your garden, it encounters this barrier and is unable to get through it.

Moles are very shy creatures. They like to travel alone in the dark, and they rely on tall grasses, fallen leaves, woodpiles, and organic debris to conceal their activities. That’s why you need to clear it off from your garden. Also, ensure that you trim your lawn regularly.

In some instances, trapping and relocation is the best way for getting moles out of your garden. A live trap should always be used. Worms and peanut butter make for good baits. Once the mole is captured, it should be taken at least 5 miles away from the capture site and released.

Note that trapping a mole requires an adequate understanding of mole behavior, mainly possessed by professionals. That’s why you might need a wildlife removal expert.

Our professionals at Nuisance Wildlife Rangers will not only help remove nuisance moles from your garden but will also put measures in place to ensure they never return.

Established in 2013, Nuisance Wildlife Rangers, LLC is one of the largest privately owned Wildlife & Animal Removal Companies in the state of Florida. We protect homes and businesses from dangerous and destructive wildlife throughout Florida.