Mosquitoes aren’t just a nuisance. They are a great danger in many ways. They spread Malaria, which is, one of the world’s leading causes of death. Mosquitoes can also pass other fatal diseases to people, such as West Nile virus, a rather common disease in the United States. Mosquitoes transmit diseases to animals too. These include heartworm disease, common to... 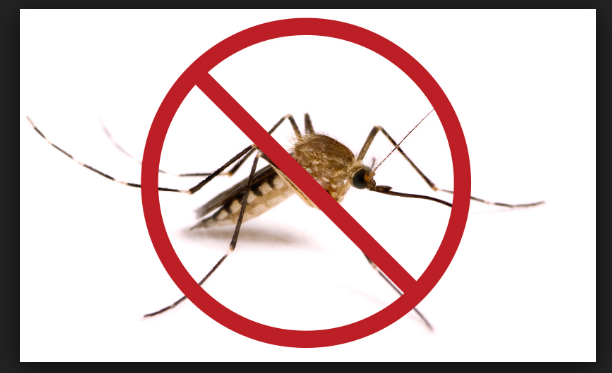 Mosquitoes aren’t just a nuisance. They are a great danger in many ways. They spread Malaria, which is, one of the world’s leading causes of death. Mosquitoes can also pass other fatal diseases to people, such as West Nile virus, a rather common disease in the United States. Mosquitoes transmit diseases to animals too. These include heartworm disease, common to dogs and West Nile virus to birds. Mosquito control Miami manages the population of mosquitoes to reduce their damage to various aspects of human life such as health, national output and social welfare of communities. Mosquito control is a vital practice for the general health of people throughout the world. Nuisance Wildlife Rangers has just the right fixes and information to deal with these bothersome vampires.

Why Are Mosquitoes Dangerous?

Mosquitoes, simply put, are one of man’s worst natural enemies. They’re tiny but hold the record for having more deaths than any other animal in the world. Firstly, they are bloodsuckers. They inject two tubes into their prey for blood sucking and another tube with enzymes to prevent blood clotting. While feeding, they cause irritations to us because some of us are allergic to the enzymes they inject into us. They can carry infections from place to place with some of its species such as the black marsh mosquito, able to travel hundreds of miles. Some of the diseases mosquitoes help transit include Malaria, Japanese Encephalitis, Yellow fever, Dengue fever and the Zika virus. These are some of the worst diseases known to man.

What Is The Most Effective Mosquito Repellent?

Insecticides are a quick and effective way of dealing with mosquitoes. Unfortunately, their effect fades away very soon after. Mosquito control experts only use insecticide together with other mosquito control methods because insecticides are not a long-term control method. Two popular insecticides people use are Malathion, used to treat crops against a variety of insects. It is sprayed onto vegetation where mosquitoes rest. It poses no threat to humans or wildlife. Another is Permethrin, which interferes with their nervous system. It is lethal to bees and fish. These insecticides will work for a few days when sprayed on vegetation but will dissipate with time. Another concern that has arisen with the use of insecticides, is resistance buildup from the mosquito population due to repeated use. It is a challenge to the fight against diseases spread by mosquitoes.

How Do You Keep Mosquitoes Away?

Ensuring that you drain water from here goes a long way to ensuring you don’t have a mosquito problem. Additionally, you could consider hiring our experts to check hidden spots and this will certainly reduce the mosquito burden you might have. Make natural repellents part of your landscape. Some plants such as citronella have a natural repelling effect on mosquitoes and this means you’ll have much less of a mosquito problem than your neighbors. When you have a mosquito problem, cover your feet. They are often drawn to bite your feet because they are less guarded and covering your feet will reduce the food available for them and thus keep them at bay. Using a repellent is also an effective way of keeping mosquitoes away.

Some people believe that the aroma of the citronella plant is a mosquito repellent. In truth, however, the chemicals in the plant that repel mosquitoes are quite small. If this was to work, one would have to be very well deep in a forest of citronella plants. Others say that applying citronella plant oil repels mosquitoes it is not really effective. Garlic is another method that has been suggested to work. Research done to test this belief has shown that this really is not an effective method. Others suggest leaving the lemon scented washing up liquid in your compound but what this does is create mosquito breeding sites. These methods are really misguided. From this information, it is then apparent that the best way to deal with mosquitoes is to use expert advised methods which are more practical and much more likely to work.

Mosquitoes will do well in your backyard if one does not maintain their backyard effectively and use effective mosquito control methods to stop them. There are some effective backyard mosquito control methods. Get rid of stagnant water. Mosquitoes lay eggs in stagnant water areas such as clogged gutters,  buckets with water, old tires, tree pots and puddles. Mosquito traps lure mosquitoes in by releasing carbon-dioxide moisture heat. Once in the trap, the bugs are killed. Mosquito larvae control is also used. This is done by using natural mosquito predators such as fish where there are ponds. Air curtains are an effective way to rid yourself of mosquitoes in the backyard. They create windy conditions which mosquitoes and other bugs avoid. This is because mosquitoes prefer still air to roam in.

At times it is necessary for communities to do ground or aerial spraying. This is done in outdoor residential areas and recreational areas. The pesticides used here are in low concentration so there is no adverse effect on humans. Some effects these chemicals could have include eye, throat or nose irritation an at times breathing problems. People are affected by these chemicals differently. To avoid the effects of pesticide, one could consider remaining indoors during the spraying period. You could consider washing your eyes if you are directly affected by the pesticide. Wash clothes that come in direct contact with pesticide separate from another laundry. Close off windows to prevent air current from carrying in pesticide into your house. If you continue to feel discomfort after spraying has been done, you should consider seeing a doctor.

Mosquitoes are a nuisance in almost every way we can think of. It is essential that mosquito control Miami is done to reduce the effect these vampires have on us in Miami. Do it yourself techniques for mosquito control aren’t as effective as they are hoped to be in solving this quagmire. Fortunately, Nuisance Wildlife Rangers have the right fixes for Mosquito control in Miami. Call an expert and avoid frustrations from ineffective techniques from myths. You also get to save lives by calling us.