Do you hear squeaky, crawling scratchy sounds in your attic? Does your child perhaps tell you there is a monster in your attic? Is there a foul stench, supposedly suggesting that a ‘monster’ has moved in with you and is pooping in your attic? Congratulations mate! You may have a bat living in your attic. Not good news, is it?... 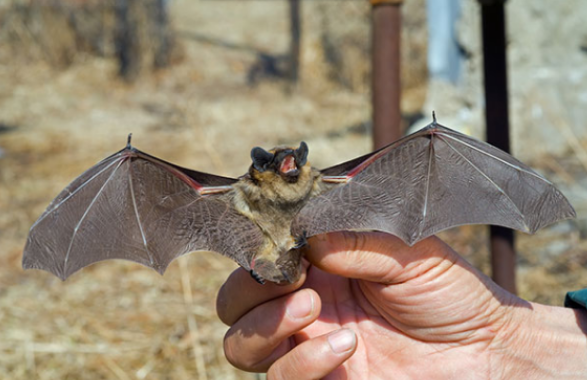 Not good news, is it? Worry not, after reading this article, there is a relief for you and you will find bat removal from attic may not be as complicated as you envision. We will tell you all the need to know about bats, why they’re in your house and how they can be humanely removed from your attic because Nuisance Wildlife Rangers has got your back.

What Do You Need To Know About Bats?

Bats are mammals and excitingly, the only ones who are naturally built and adapted to true and sustainable flight. Their forelimbs are extended and covered by a membrane, which allows them to beat upon the air and thus, fly. They are of the order Chiroptera and comprise a whopping 1200 species and are present all over the world. There is the only exception to extremely cold areas on the planet.

Many bats are insectivores and most of the rest are frugivores (fruit eaters). There is a bat population that does, however, feed on animals and animal blood. This, in particular, is the vampire bat which feeds on blood. Bats are nocturnal creatures and most of them roost in caves. They are also vital to some eco-systems where plants depend largely on them for pollination.

Why Are Bats In My Attic?

Bats may enter your attic through small or large enough cracks that open into your attic. They naturally live in groups in caves and in places like attics and this may be a defense mechanism from predators. Additionally, they like it in warm places, so if your attic is basically a warm enough place, ask no more. It represents both a safe and habitable place for them to live. They can live in a habitable place for years, generation after generation without leaving if the conditions allow. They are very quiet creatures so most people never have much of a problem living with them until it becomes a problem, i.e. there is a colony living in their spaces.

How Do I Know There Are Bats In My House?

Before calling any authorities, because of suspicion of bats in your home, there are a few signs you might want to look out for. Bats make very distinct noises such as scratching on walls, squeaking and crawling. Noises most people would consider as creepy. Additionally, these noises are mostly heard during the evenings and early mornings. Bat feces are also known as Guano. They’re easy to identify because of a shiny appearance which is because of the wings off insects that bats eat.

They’re also easy to break down and accumulate in piles near the nest. Bats need an entry and exit point into the home and travel in and out of that point throughout the night to search for food. When they do, the oily residue on their fur rubs off on the house itself, often leaving identifiable black and brown stains near that entry port. White streaks on windows may also be a sign of bat urine.

The first step is to perform a full inspection of building or house you suspect that bats are living in. This means having and using the right equipment for the exercise. Proper equipment includes high ladders and safety equipment such as helmets. Anti-septic may also come in handy in case you bruise yourself.

The second is to perform an attic inspection. This means carefully opening your attic and check for bats. For your guidance, check if there is guano and basically any large patch of it and there about you’ll see your bats. You may also need to learn how to identify bat species as this is important because different bats have different birthing and hibernating seasons.

Learn how to practice bat exclusion. This is the most effective way to do bat removal and experts do highly advise that you in no situation try to trap bats. Exclusion is the process of letting bats fly out of the building and then sealing off the building so they don’t come back. The next thing to do is to seal off the exits that have been used by the bats. This has to be done extremely well because it is guaranteed that the bats always try to come back to the attic and if sealing is not efficiently done, they will come back and continue to be a nuisance. Do not seal up the exit while any bats remain inside. You definitely do now want a dead bat stinking up your house.

It is dangerous because bats harbor quite a number of viruses that they can pass on to humans who try to violate them or bother them, such as rabies. This is a virus that causes brain inflammation and if not well treated, can lead to death. This means coming into contact without the proper vaccinations puts homeowners at quite a serious amount of danger.

In addition, guano presents a potential health risk because it is a carrier of the bacterium Histoplasma Capsulatam. If inhaled, the spores of the fungus can cause a disease known as histoplasmosis. It is a disease that affects the lungs and if left untreated, can progressively be a fatal ailment.

Bat removal from the attic, thus and agreeable can be both a tedious and dangerous activity. If one should want to use a do it yourself method, one must be very careful and aware of the dangers that involve bat removal from the attic. Some of the risks involved in an expert’s position are not worth doing it yourself. In that case, for those who may choose the better and wiser option of letting bat removal be someone else’s problem, they may consider calling the expert. Nuisance Wildlife Rangers have the best team to help you with this problem so and at agreeable prices.